Rokkatei is a famous confectionary company based in Hokkaido which produces a wide range of Japanese and Western style sweets. As a brand, Rokkatei is closely associated with Hokkaido, sourcing the best ingredients from the prefecture’s farms and dairy industry, and fittingly, the name Rokkatei (literally “six flower pavilion”) was inspired by a poetic word for snowflakes. For many visitors to Hokkaido, Rokkatei’s sweets are an essential souvenir when visiting this snowy northern island, and their fancy packaging helps to make them a popular gift too. 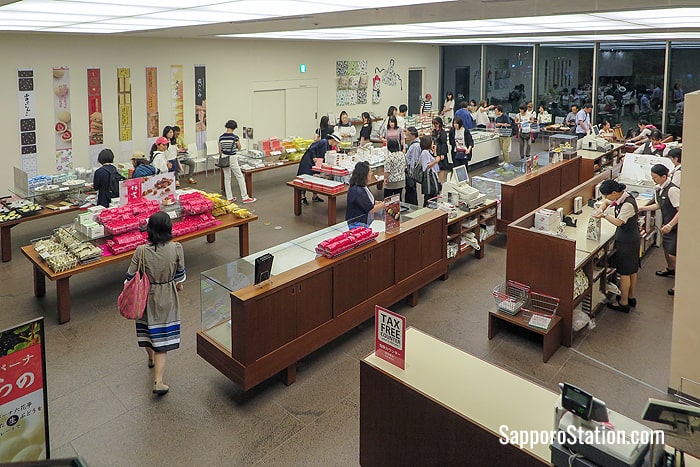 Inside the Rokkatei Sapporo Main Store

A short walk from Sapporo Station is Rokkatei’s flagship main store which sells a great range of the company’s most popular confectionary, including their famous sandwich cookies, as well as some limited and seasonal goods. In this article we will introduce some of Rokkatei’s most famous sweets, so that you know what to look for when you visit this store.

Although the company was first founded in 1933, Rokkatei’s first best-selling product was the Hitotsu-nabe sweet in 1952. Hitotsu-nabe (literally “one pot”), which is still sold today, is a traditional Japanese style sweet consisting of wafer cakes shaped like a nabe cooking pot which contain a rich filling of sweet bean paste and tiny mochi rice cakes. Around this time the focus of the company was still on making and selling Japanese sweets, but gradually the company began to make more Western style sweets that made use of Hokkaido’s dairy products. In 1968 the company became the first to sell white chocolate in Japan, and partly thanks to Hokkaido’s snowy image this too became a hit product. 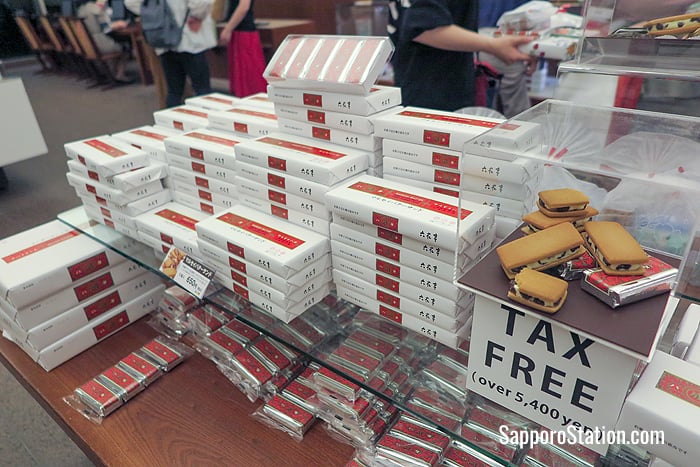 A display of Rokkatei’s most popular product: the Marusei Butter Sandwich

Today, Rokkatei’s most popular product is the Marusei Butter Sandwich which was first sold in 1977 and is now widely considered to be a classic souvenir of Hokkaido. This sweet snack bar consists of two biscuits sandwiching a rich filling of white chocolate, raisins, and cream. At Rokkatei’s Sapporo Main Store, you can actually buy an ice cream version of the Marusei Butter Sandwich, called the Marusei Ice Sandwich, and this you can either eat in the store or take away. This is a unique product that you can only buy at three stores in Hokkaido, the others being the Obihiro Main Store and the Obihiro Nishi-Sanjo Branch. 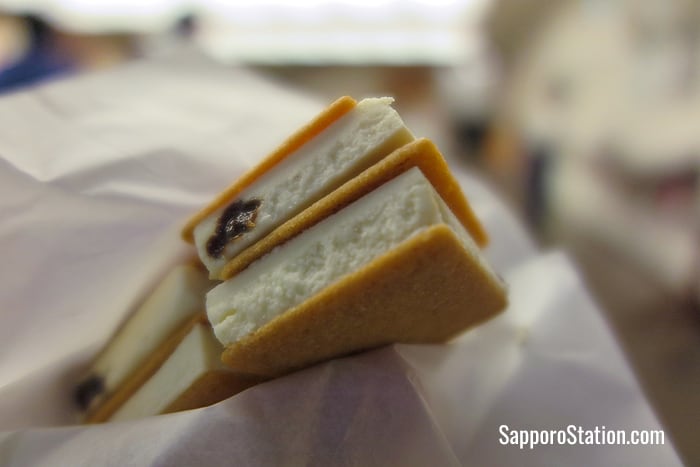 However, even if these best-selling products don’t tempt you, there are plenty of other Rokkatei sweets, chocolates, cakes, and cookies to choose from at the Sapporo Main Store. Among other famous products are Yukiyakonko: a cocoa-flavored biscuit sandwich with a white chocolate filling; Choco Maron: a cocoa-flavored biscuit sandwich with a filling of chestnuts and bean paste flavored with rum; and Strawberry Choco White: freeze-dried strawberries in a crispy white chocolate shell. 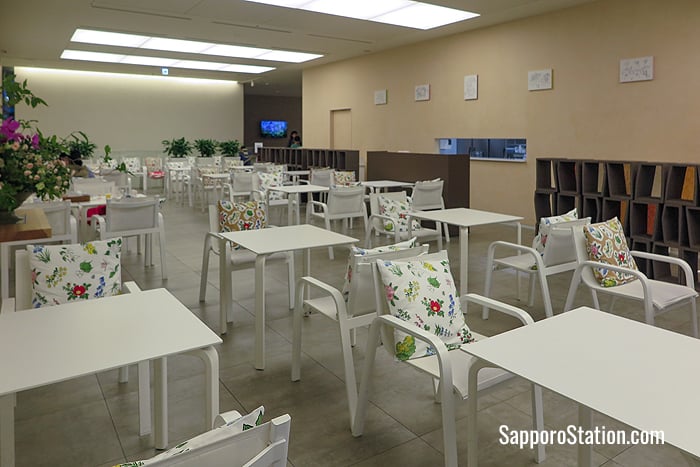 Rokkatei Sapporo Main Store also has a café on the 2nd floor serving desserts and light meals along with hot chocolate, coffee, tea, and other soft drinks. The café menu also includes some seasonal sweets and drinks and others that are only sold at this branch. This is a good spot to enjoy an ice cream or a matcha green tea latte while overlooking the 1st floor garden.

The popularity of Rokkatei sweets as a souvenir of Hokkaido is partly because they are quite hard to find in other parts of Japan. Rokkatei operates 69 stores in Hokkaido, but it has no directly operated stores on the other Japanese islands. Elsewhere in Japan, you might be lucky enough to see Rokkatei sweets at a department store’s product fair, but otherwise you will have to order the sweets online. This makes Rokkatei’s confectionary an especially prized souvenir when visiting Hokkaido. 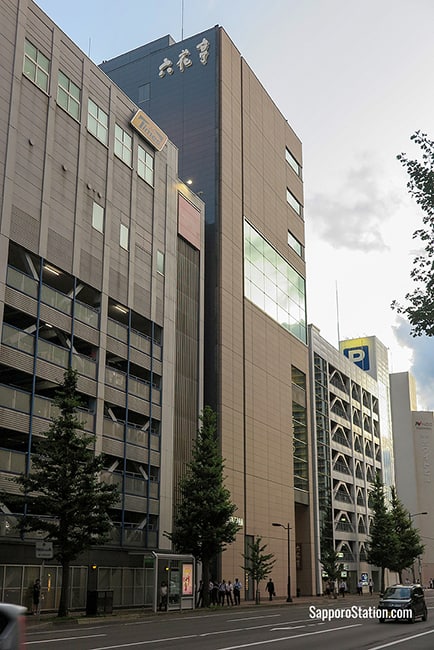 A street view of the Rokkatei Sapporo Main Store building

Rokkatei Sapporo Main Store is a 5-minute walk from JR Sapporo Station and only 4 minutes from Sapporo Subway Station. 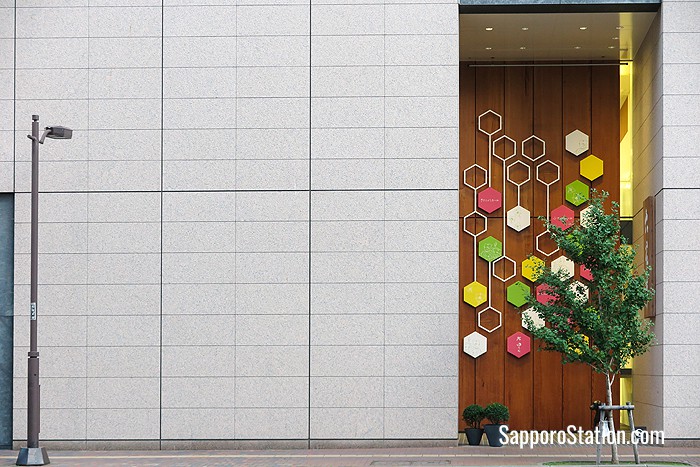