The Toho Subway Line is a subway line in the city of Sapporo that runs between Sakaemachi Station and Fukuzumi Station. Its route passes through the Higashi, Chuo, and Toyohira wards of Sapporo making stops in important locations on the way, such as Sapporo Station, the Odori Park area, and the Susukino entertainment district. This is a useful line during the Sapporo Snow Festival as it links all three festival sites. 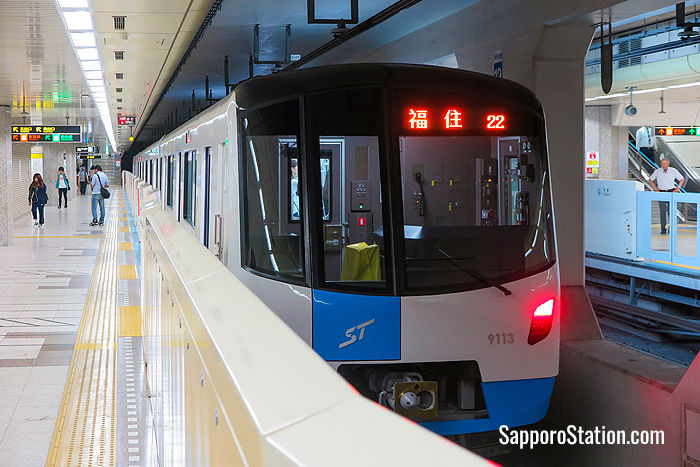 This is one of three subway lines in Sapporo that are operated by Sapporo Municipal Subway. The others are the Tozai Line, and the Namboku Line. The Toho Line connects with the Namboku Line at Sapporo Station and all three lines meet at Odori Station. On station maps and signage the Toho Subway Line is color-coded blue. 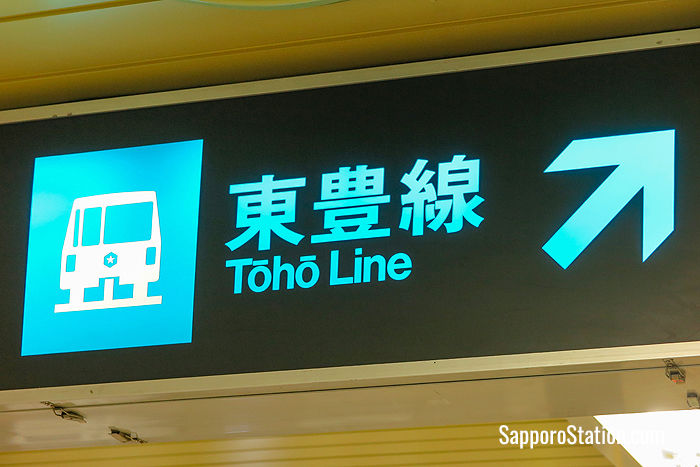 A sign for the Toho Line at Odori Station

There are 14 stations on the Toho Subway Line.

This is the closest station to Sapporo Community Dome (also called Tsudome). This multipurpose facility is used for sports and cultural events and includes an arena, tennis courts, a baseball ground, and a “park golf” course. This location is one of the three official sites for the Sapporo Snow Festival each February, during which it specializes in family-friendly fun like snow slides, snow golf, snow rafting, sledding, and stage performances. This is also the venue for the Golden Market, Sapporo’s biggest flea market, which is held twice a year in spring and autumn. Sapporo Community Dome is an 11 minute walk from Sakaemachi Station.

This station is a 12 minute walk from Sapporo Beer Museum. The museum is free to enter and has exhibits telling the history of the Sapporo Brewery. You can also pay for a museum tour, and there is a bar where you can buy and taste a variety of beers. The restaurants of Sapporo Beer Garden are also located here and offer all-you-can-eat lamb barbecue and seafood buffet meals with plenty of draft beer.

Also nearby is Hokkaido Railway Technology Museum which has some historic vehicles on display including a rare JNR Class C62 steam locomotive. This free museum is open only on the 2nd and 4th Saturday of each month between 13.30 and 16.00. It is a 17 minute walk from Higashi-Kuyasho-Mae Station.

There are a large number of shopping and dining facilities both in and around the Sapporo Station building and these include shopping centers such as Daimaru, Tokyu, Bic Camera, and Stellar Place. Sapporo JR Tower is a big attraction in this area and is directly connected to the station building. This 38-story skyscraper has an observation deck on its top floor from which you can enjoy magnificent views over the city. The Old Hokkaido Government Building (nicknamed Akarenga Chosha) is a historic red brick building which is an 8 minute walk from this station.

Odori Station serves Sapporo’s central business district and there are many hotels, department stores and restaurants in this area. The station is located beside Odori Park which is a both a recreational green space and a center for local events. Each February the park is one of the official sites for the Sapporo Snow Festival and is filled with giant snow statues. There is also a Lilac Festival here in May and beer gardens are during the summer. Inside the park and a 1 minute walk from the station’s Exit 25 is Sapporo TV Tower. This 150 meter tall tower has an observation deck from which there are pleasant views of both the park and city. 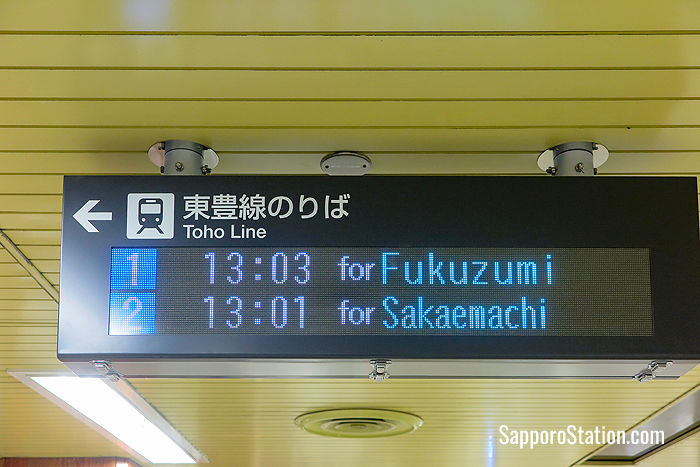 Sapporo Clock Tower, a famous 19th century wooden building which is a symbol of Sapporo, is a 3 minute walk north of Odori Station. Tanukikoji Shopping Arcade and Nijo Fish Market are each located a 4 minute walk to the south.

Transfers can be made at Odori Station to the Namboku and Tozai subway lines. Exit 10 of the station is a 1 minute walk from the Nishiyonchome Stop of the Sapporo Streetcar.

This station serves the nightlife and entertainment district of Susukino where there are numerous restaurants, bars, and clubs. Susukino is also one of the official locations for the Sapporo Snow Festival in February when its streets are decorated with ice sculptures. Ganso Ramen Yokocho (“original ramen alley”) and Shin Ramen Yokocho (“new ramen alley”) are two popular spots in Susukino where there are many noodle shops offering various flavors of Sapporo’s specialty miso ramen noodles. Ganso Ramen Yokocho is located 3 minutes on foot from Hosui-Susukino Station and Shin Ramen Yokocho is just 4 minutes away.

Tsukisamu Park is a large park located 5 minutes’ walk to the south of this station. The park has a children’s playground, woodland trails, a boating pond, baseball grounds, a “park golf” course, and tennis courts.

This station is convenient for Tsukisamu Gymnasium. This facility has a large indoor ice rink which is available for ice skating all the year round. It is just a 3 minute walk from the station.

Sapporo Dome is a 10 minute walk from this station. This is the home ground for the baseball team Hokkaido Nippon-Ham Fighters, and also for the soccer team Hokkaido Consadole Sapporo. 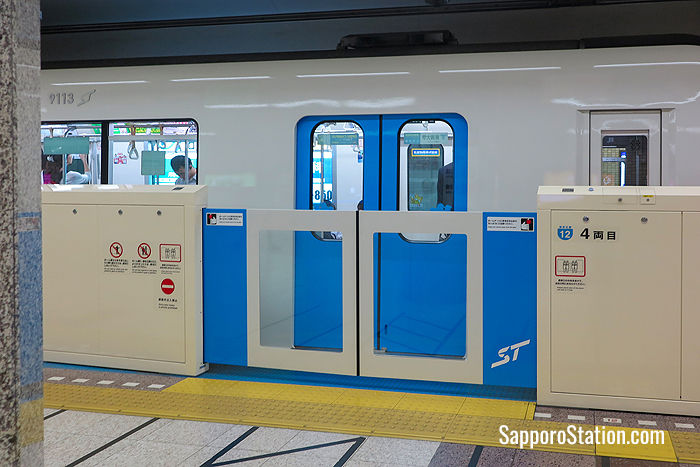 All of these tickets are available from the automated ticket machines which are beside the ticket gates at all stations. IC cards such as the local SAPICA card and other regional cards such as Kitaca, PASMO, manaca, and TOICA can also be used on the Sapporo Subway.