Sapporo Train Bureau (Densha-Jigyosho) is the depot where the trams on the Sapporo Streetcar network are stored when not in service. Streetcar fans can get a closer look at some of these fine vehicles by taking a free tour of the depot. Tours are given in Japanese by regular members of staff, so if you cannot understand Japanese, you will need to take an interpreter. However, you can learn a lot on this tour about the history of Sapporo’s streetcar network, and you can see many different trams such as the retro M101 model which has been running for over half a century, or sleeker, modern trams such as the low-floor Sirius and Polaris. 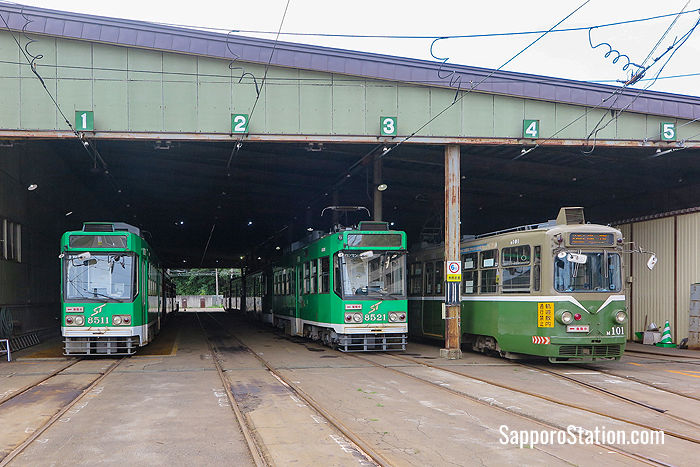 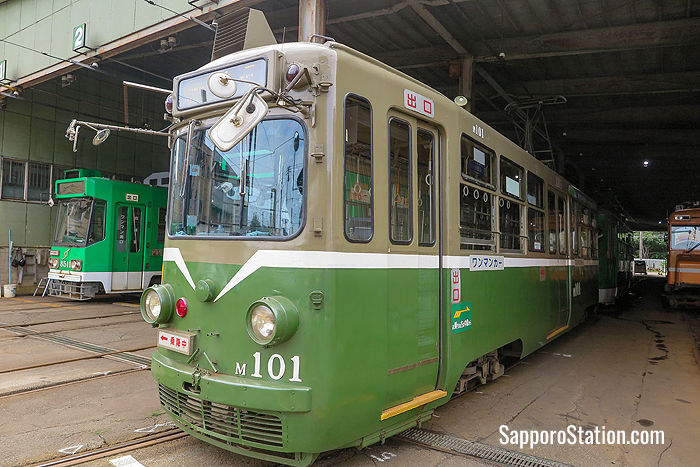 Sapporo’s first streetcars were introduced to the city in 1908. They were pulled by horses and used to carry construction materials, but three years later in 1911 the first passenger trams began to run. From 1918 this early tram network was run by a private company called Sapporo Denki Kido (Sapporo Electric Railway), but this was taken over by Sapporo City in 1927.

From around 1935 as Sapporo’s population increased, the tramlines were expanded and diesel-powered trams were introduced. At its height in the 1950s the streetcar network had 11 lines and 25 kilometers of track. However, many lines were closed after the introduction of the Sapporo Subway in 1971.

Unlike the streetcar, the subway was not affected by Sapporo’s winter weather conditions and so it quickly became Sapporo’s main form of public transportation. The remaining streetcar lines were consolidated into a loop in 2015 by extending a line between the Nishi-Yon-Chome and Susukino stations. Currently there are 34 passenger trams operating on the streetcar network, and five Sasara snow plow trams. Looking to the future, Sapporo Streetcar introduced the low-floor Polaris tram in 2013, and in 2018 the low-floor Sirius was introduced, just in time for the Sapporo Streetcar’s 100th anniversary. 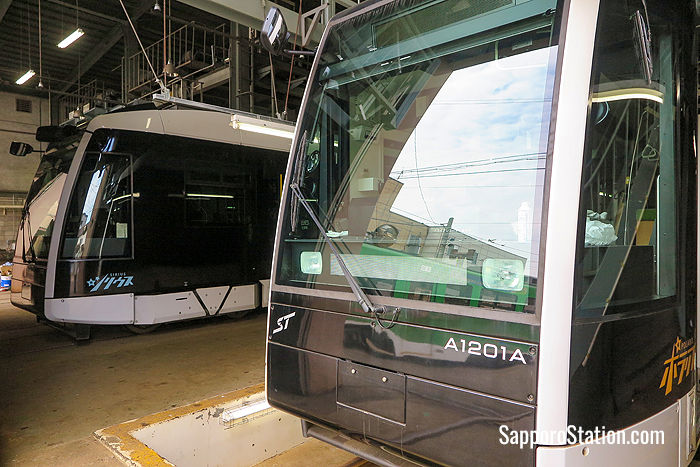 A close-up of the Polaris and Sirius streetcars 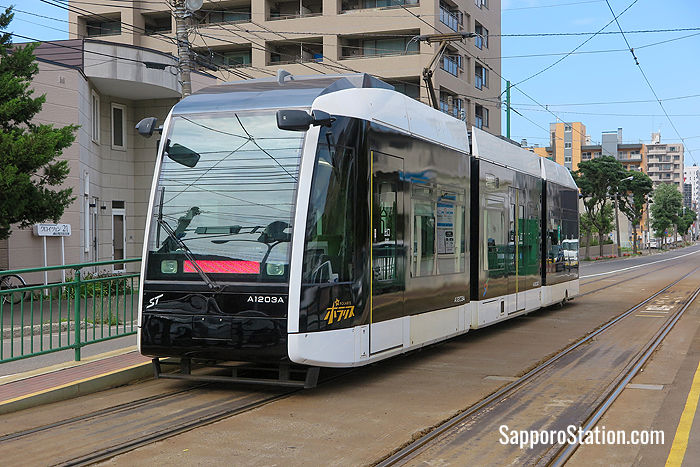 The Polaris on the street 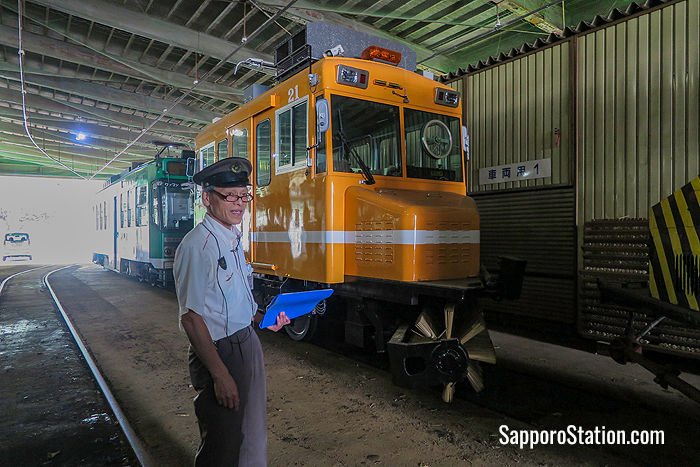 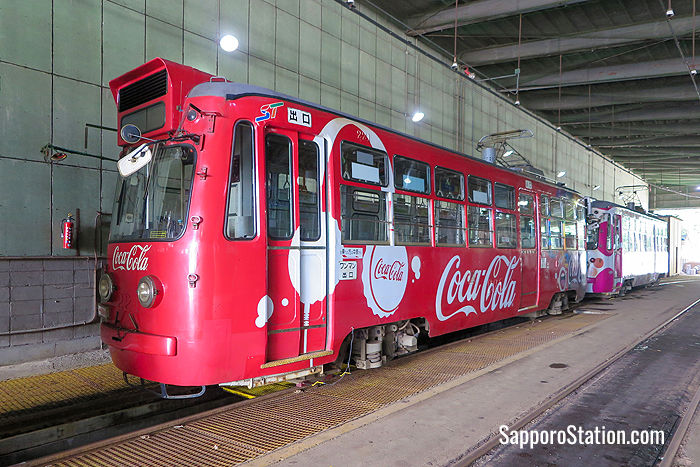 The standard color of Sapporo’s trams is green, but some have colorful advertising

Tours take around 20 minutes and are available between 11.00 and 15.00. Individuals and groups of up to 9 people can simply walk in and sign up for the next tour. Groups of 10 to 30 people will need to book the tour in advance. There are two tours on weekdays which are given at 11.00 and 13.00, and on Saturdays, Sundays, and national holidays there are three tours which are given at 11.00, 12.00, and 13.00. However, these times are subject to change or cancellation under certain circumstances. Tours are not available during the winter season. For further details or to make group tour bookings please call 011-551-3944 (Japanese language only) between 9.00 and 17.00. 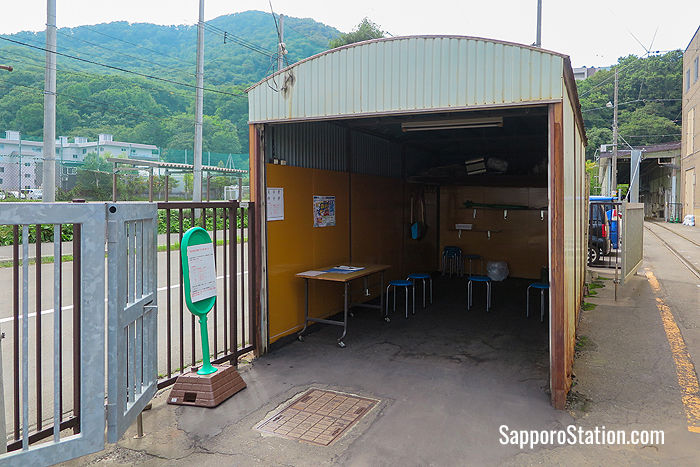 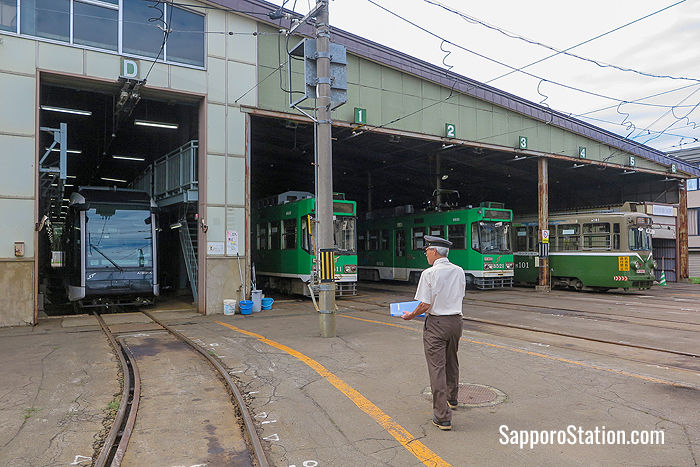 A guide leads the way to the tram depot

Sapporo Train Bureau is located beside Densha-Jigyosho-Mae Station on the Sapporo Streetcar tramline. Here is a map of the location. 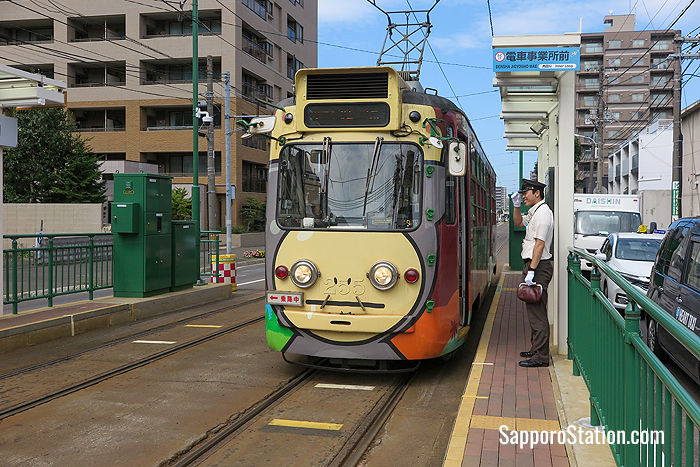 A tram at Densha-Jigyosho-Mae Station