Nakajima Park is a large park in the city of Sapporo which has multiple facilities and locations of cultural interest. Covering 21 hectares, the park has over 5,000 trees including elms, maples, gingkos, yews, and spruces. Cherry blossom, trailing wisteria, and roses bring color to the park throughout the seasons. 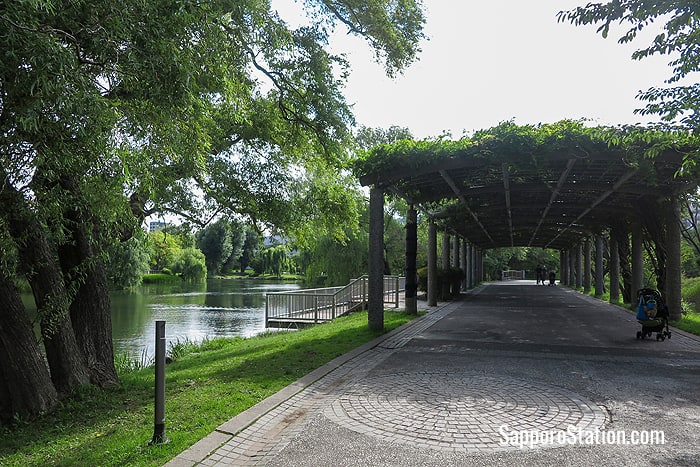 The History of Nakajima Park

The main river flowing through Sapporo, and its main source of water, is the Toyohira River which flows on the west side of Nakajima Park. In 1869, when the city of Sapporo was first established, the Toyohira had many tributaries, but most of these have now disappeared. The exception is the Kamokamo River (or “Duck River” in English). Kamokamo River now forms part of the Soseigawa Canal which flows on the east side of the park. However, the area between the Kamokamo River and the Toyohira River was then called Kamokamo Nakajima (which literally means “Island in Kamokamo”).

Wood for the construction of the new city was carried from upstream on the Toyohira River and then via the Soseigawa Canal into the city. In 1871, Kamokamo Nakajima proved to be a convenient site for a lumberyard and for a sluice gate between the river and the canal. This area is now the site of the current park’s Shobuike Pond. 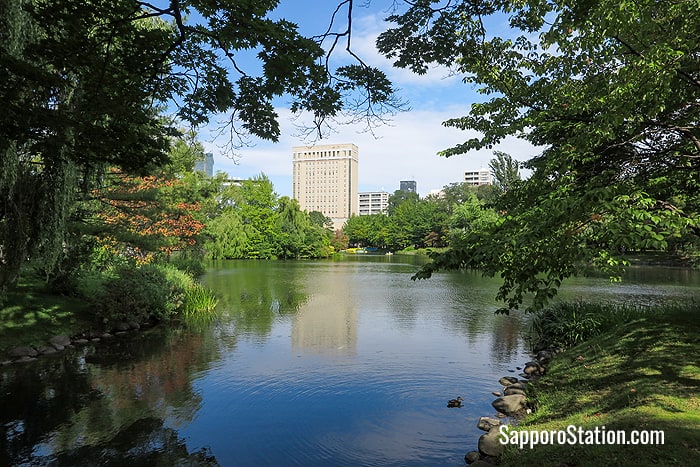 In the early 1880s there were competing proposals to make the site of the former lumberyard into either a park or the grounds of a school, but a park was decided on and Nakajima Amusement Park was established in 1886. As an amusement park, this location was used for expositions, fairs, fireworks displays, sumo wrestling contests, and other events and there was also a racecourse for horse racing. In 1907 Sapporo Racecourse moved to its current location in the north of the city, and in the same year, the landscape gardener Nagaoka Yasubei was invited to redesign the park. Nagaoka Yasubei was Japan’s first designer of Western style parks, and in Sapporo he also designed Odori Park in the city center, and Maruyama Park on the west side of the city. Nakajima Amusement Park was renamed Nakajima Park in 1910.

Sapporo was selected as the location of the 1940 Winter Olympics, and if the games had gone ahead Nakajima Park would have been the site for events such as speed skating, ice hockey, and figure skating. However, the games were cancelled with the outbreak of World War 2, and instead the park was used for growing emergency food supplies. For a short time after the war it was also the site of a barracks for the occupying American forces. However, since that time Nakajima Park has continued to be an important recreational location in the city of Sapporo and a home to many important cultural facilities. 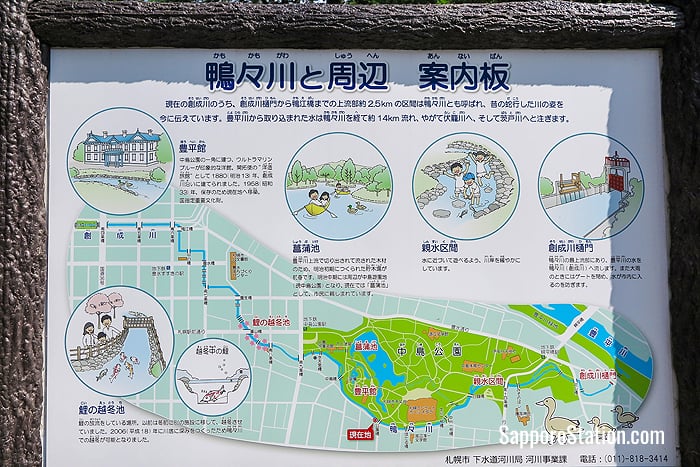 Today, maps in the park help you find your way around

Here is a list of the park’s chief attractions. 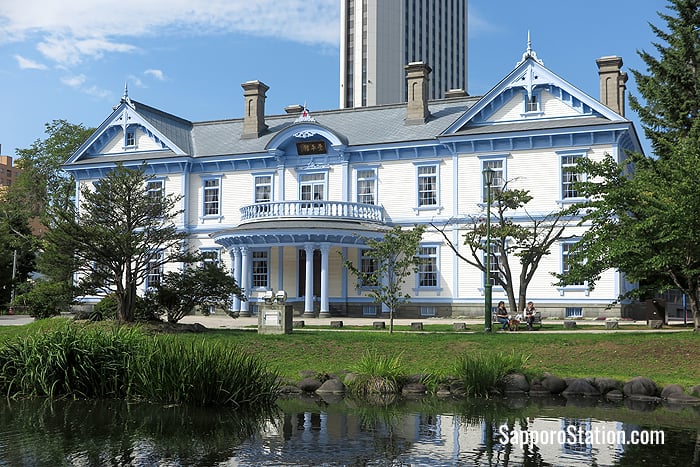 The Hoheikan is probably the most popular attraction in Nakajima Park. This historic building was originally a Western-style hotel built in 1880 and it was located in a more central location close to Odori Park. It was moved to its current location in the north-west corner of Nakajima Park in 1958 and nationally designated as an Important Cultural property in 1964. Now the building has been restored to its original condition and visitors can view the suite where Emperor Meiji stayed in 1881. 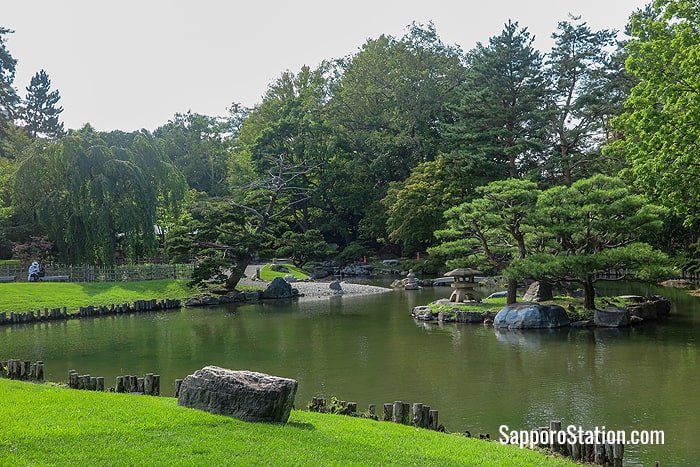 The Japanese Garden is a traditional stroll garden located behind the Hoheikan, with a pond, waterfalls, decorative shrubs and trees such as weeping cherries and maple. First opened in 1963, the garden’s 12 stone lanterns are modelled after famous lanterns from around Japan. In one corner of the garden is a small tea house called Hassoan. This tea house was originally built at Komori Castle in Shiga Prefecture by a tea master called Kobori Enshu (1579-1647), but it was moved to Sapporo in 1919. It was nationally designated as an Important Cultural Property in 1936. 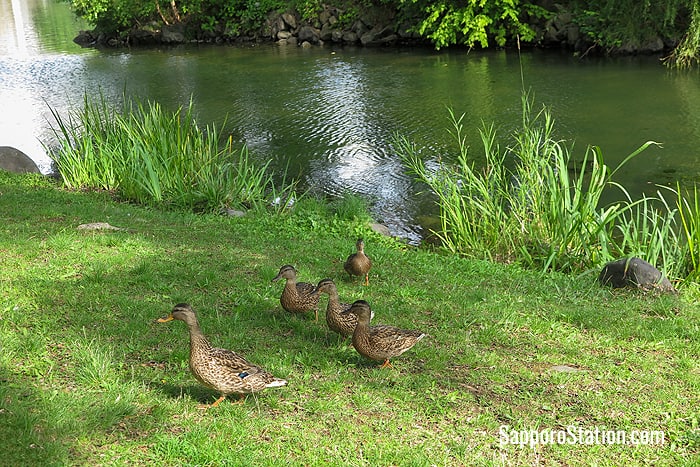 The Shobuike Pond is a large pond which dominates the northern end of the park. The pond is home to ducks, koi carp, and turtles, and from spring to the end of autumn rental boats are available here. 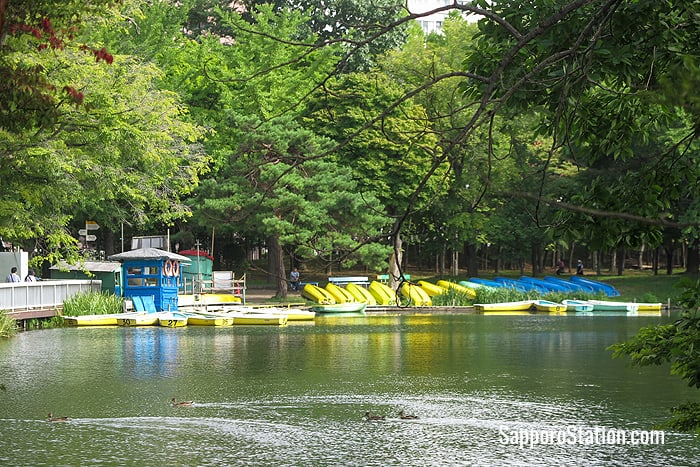 Sapporo City Observatory is located to the south of the Hoheikan. Opened in 1958, this small observatory has a refracting telescope with a 20 cm diameter lens. It is free to enter from 10.00 till 16.00 for observation of the sun and occasionally open in the evening for night sky viewing. The observatory is closed on Mondays, Tuesday afternoons, public holidays, and the year-end/New Year holidays. 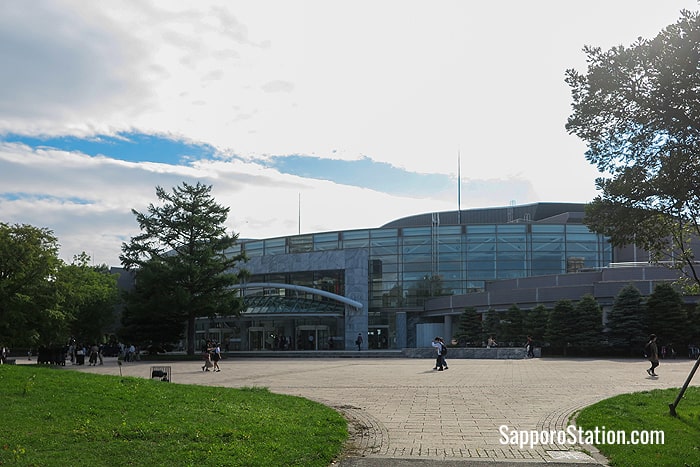 Sapporo Concert Hall Kitara is a large music venue on the west side of the park which first opened in 1997 and which hosts top musical performers from across Japan and overseas. Kitara has a large Main Hall with seating for 2,008 people and a smaller Chamber Music Hall with seating for 453. Seating is also available for wheelchair users. There are also rehearsal rooms, a souvenir shop, and a terrace restaurant. The Main Hall features a massive organ with 4,976 pipes which was built by the organ builder Alfred Kern of Strasbourg, France. Kitara’s performance schedule can be viewed on its English language website. 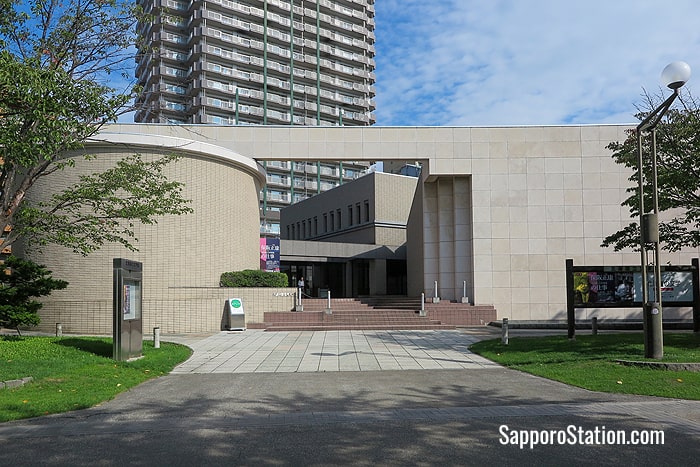 Hokkaido Museum of Literature is located on the east side of the park. This museum opened in 1995 and houses a collection of works by authors from Hokkaido such as Takuboku Ishikawa, Takeo Arishima, Takiji Kobayashi, and Ayako Miura. The permanent exhibition has around 1,300 items on display which cover the history of literature in Hokkaido and includes indigenous Ainu literature, children’s literature, poetry, letters, essays, and fiction. The museum also has a café and a shop selling original souvenirs.

Kogumaza at the northern end of the park is a children’s puppet theatre which is open from Tuesday to Sunday between 9.00 to 17.00.

Gokoku Shrine is a pleasant shrine on the south west side of Nakajima Park. The shrine was founded in 1879 in memory of local soldiers who died two years before in the Satsuma Rebellion. The shrine grounds are a popular cherry blossom viewing spot in the spring.

Nakajima Park also has some sporting facilities. Nakajima Sports Center offers sports classes and has facilities for table tennis, badminton, and volleyball. There are also open-air tennis courts at the southern end of the park. Cross-country skiing is a popular activity in the park during the winter months and skis can be borrowed for free from the Sports Center.

Weekend flea markets are often held in Nakajima Park between April and October. Below are some other seasonal events that are regularly held in the park. Most of these events take place in the park’s Jiyu Hiroba (“Liberty Plaza”) which is just south of the Kitara concert hall.

Yuki Akari is a three-day event held during the Sapporo Snow Festival each February. During this event the snow-filled park is illuminated with hundreds of candles.

Sapporo Gardening Market is held in the park for about three weeks in May. Many colorful flowers, shrubs, and trees are on display and various gardening supplies are also on sale.

Sapporo Festival takes place in mid-June and features over 400 stalls which include a variety of food and drink stalls, game stalls, and carnival-style attractions such as a haunted house, circus entertainments, and a motorbike show.

Toshi-no-Ichi is a year-end market held in December at which people buy their traditional New Year’s decorations. 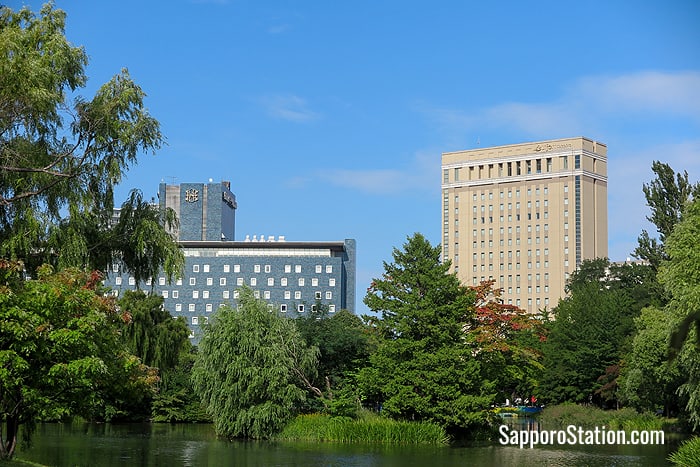